“It was an incredible experience, one we’ll never forget,” said Cougarettes head coach Jodi Maxfield, “Representing your country is such an honor, and we are proud of winning silver in a very tough field of competitors from around the world!”

To represent their country for such a momentous occasion, the team designed a new custom uniform. Drawing inspiration from their National's hip hop outfit of an all-white bomber jacket and matching leggings, they added an American flag on the back and ‘USA’ down the front of the jacket.

“The costumes from The Line Up were so fitting as we were the US National Hip Hop team, and wearing the flag on our back certainly made a powerful statement,” said Jodi.

Congratulations on an amazing season, ladies!  Check out their award-winning performance and custom Worlds outfit below!

BYU Cougarettes at Worlds in a Custom USA Jacket

Watch the viral routine of the Cougarettes and their mascot Cosmo!

Check out the Cougarettes' feature inside Dance Spirit Magazine 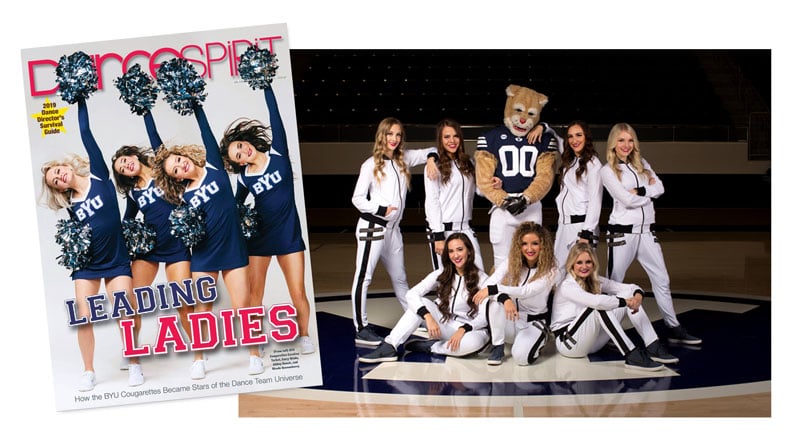