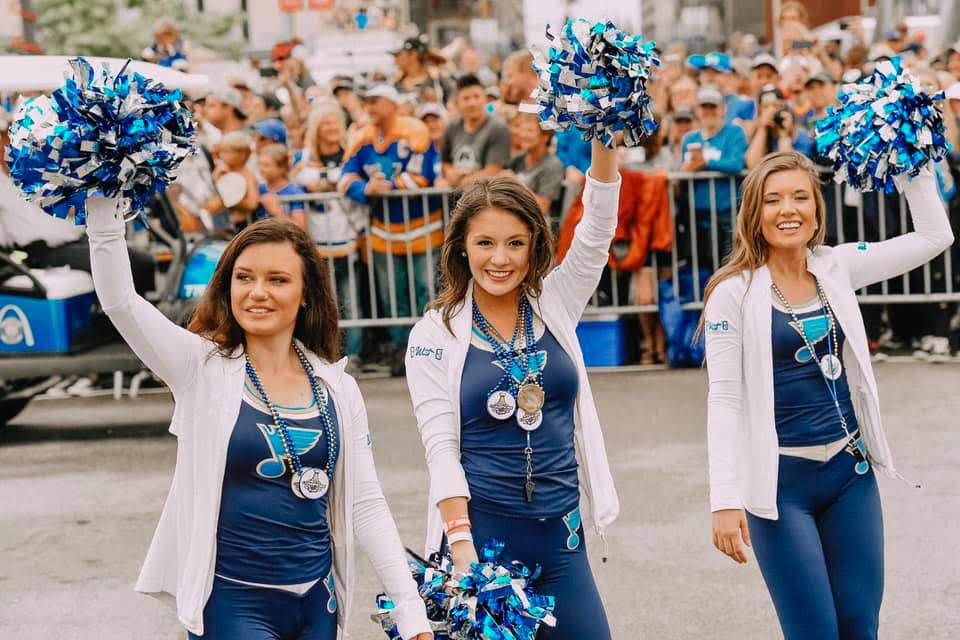 In honor of the new hockey season kicking off this month, we are throwing it back with the 2019 Stanley Cup Champions: the St. Louis Blues. The Line Up is lucky enough to outfit the NHL team's ice crew, called the Blue Crew, a "high energy" group that supports the hockey team on game day and community appearances.  We caught up with team member Jordan to learn about their once-in-a-lifetime playoff experience!

What was your experience like having your team win the Stanley Cup?

Jordan: Watching the Blues take home the Stanley Cup was emotional, to say the least. Seeing the team beat all odds and come out on top after such a rough beginning half of the season is something true fans dream about. No one thought that they could rise above every obstacle, but they did. The event I was working during the final game was filled with lifelong Blues fans who were hoping that this could be their year. Several people in the crowd were in tears as they witnessed history being made! I am so thankful that I was able to witness such an awesome moment for St. Louis Blues and this city.

What was your most memorable moment from the playoffs?

Jordan: My most memorable moment from playoffs was watching Game 7 go into double overtime between the St. Louis Blues and Dallas Stars. Everyone in the stadium was on the edge of their seats just waiting for what could either be a devastating loss or an incredible win. When Maroon made the winning goal, Enterprise Center went crazy. Moments like that are what made this entire season so amazing! 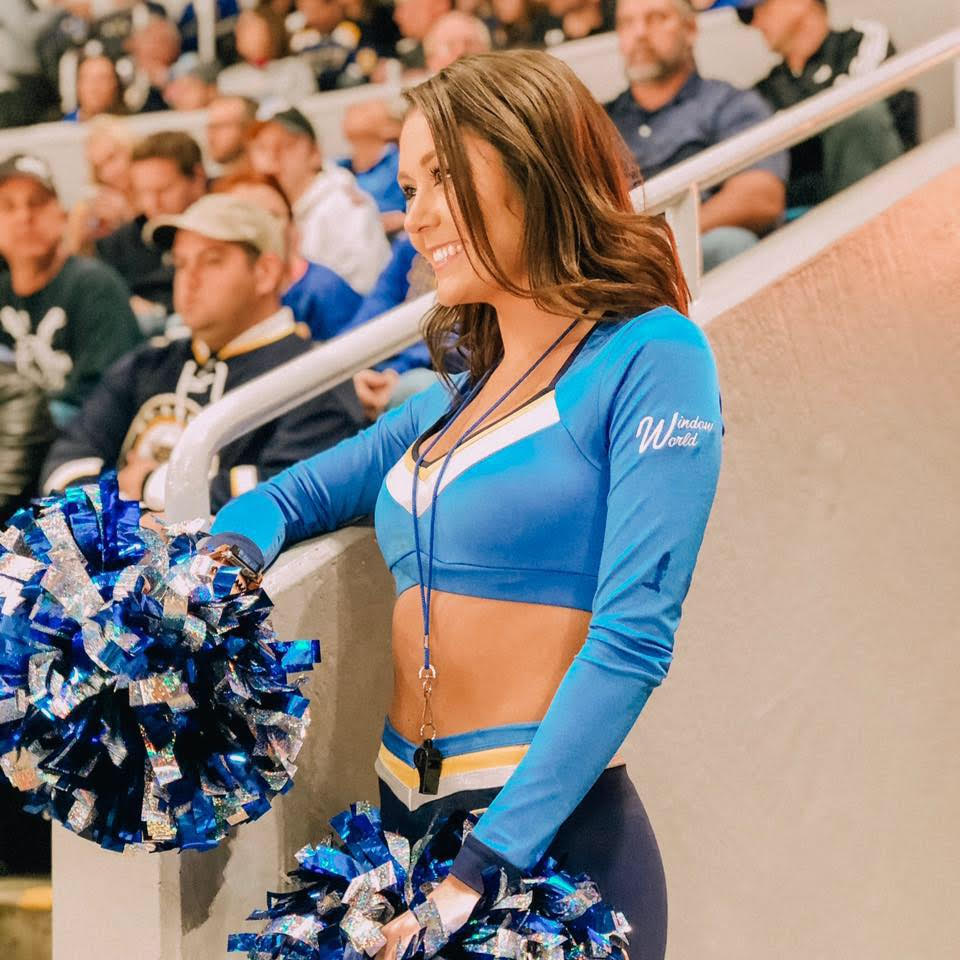 Jordan, a member of the St. Louis Blue's Crew

The Blue Crew rocked a signature look throughout the season. By mixing and matching a crop, tank, and pants, the team was able to create a versatile wardrobe to support their team through the playoffs.  The look has stood the test of time as well - they've been rocking this classic and athletic look since 2016. 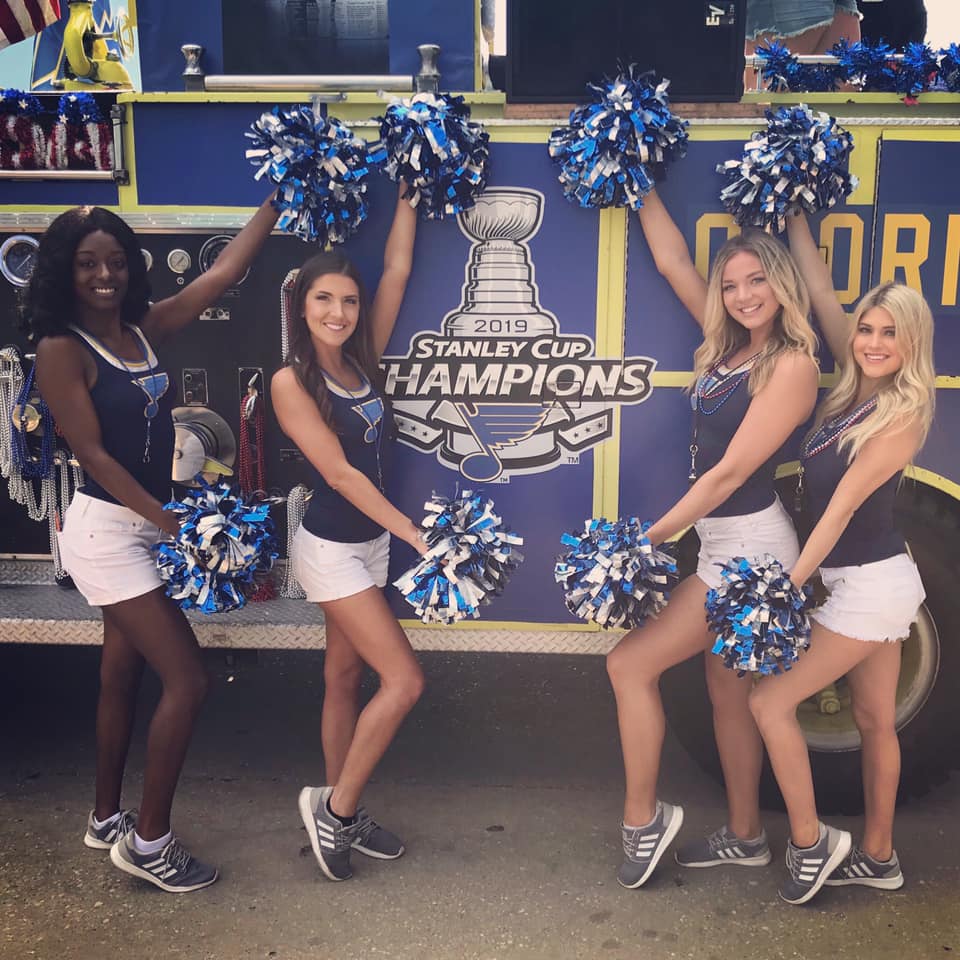 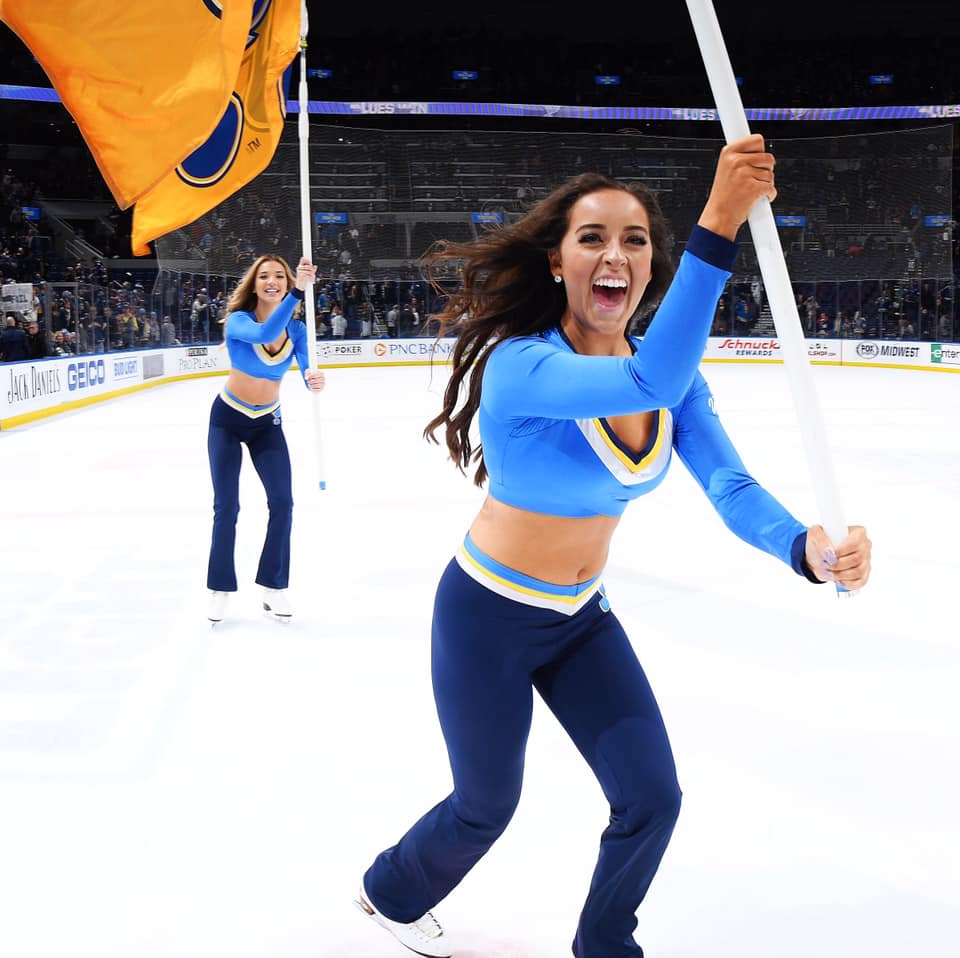